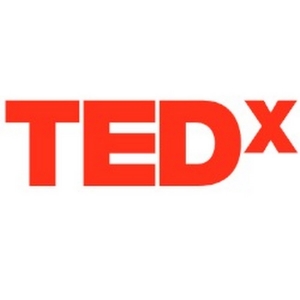 At TEDx Prishtina, Kosovo, on March 28, 4M Group CEO  Perparim Rama spoke to the importance of being true to oneself, and how empathy and self-belief can reshape communities and restore confidence.

In his recent presentation, Building Confidence as a Basis for Innovation, Rama posed the following question: “Does your city make you proud?”

TEDx events are designed to give communities, organizations and individuals the opportunity to stimulate dialogue through TED-like experiences at the local level. TEDx events are fully planned and coordinated independently, on a community-by-community basis.

TEDx Prishtina- AUK was an invitation-only event gathering 100 of the greatest minds in the region to share great ideas. This year’s TEDx Prishtina speaker line-up featured accomplished and inspiring individuals in the fields of art, entertainment, politics, and business.

Rama, who founded 4M Group a decade ago, spent much of his presentation debunking the common misconception that a single person cannot change his/her community. He challenged the idea that people cannot have an impact on their local environments. Rama suggested that Kosovo’s war and history of occupation, as well its shift in power and political structures have lowered Prishtina’s overall self-esteem. Citing his own experience with designing the urban plan for Prishtina’s city centre in 2005, Rama said he asked children in local primary schools how they saw Prishtina, and what they thought needed to happen in order for them to be happier citizens. Vocal about their disappointments, Rama said the children offered solutions in a series of crayon drawings. The revelation behind such a simple exercise illustrated how people have neglected their city, and in turn how Prishtina has neglected its people.

When people take ownership, and start believing in themselves – this is when can change happen, Rama said. This attitude led him to design HAMAM, an international award-winning jazz lounge in the heart of Prishtina.  Designed and built using a modest budget and local material and craftspeople, HAMAM was created with wood, mud, straw and concrete – a material palette inherent to Prishtina’s urban landscape.

In 2013, World Interior News awarded HAMAM for Best Bar Design. The jazz lounge competed against hundreds of entries from around the world, including bars from economically powerful cities such as Shanghai, Tokyo, New York and Paris. Declared independent in 2008, Kosovo is Europe’s youngest country and HAMAM, once a derelict basement in a graffiti laden car park, is now an international award-winner and a beacon of inspiration for the people of Kosovo. Rama said this all started from “being true.”

“If we have the confidence to dive deep within ourselves and bring that individual out and present it to the wider opinion – chances are that the result will be original, extraordinary and unique.”

For more about Rama’s philosophy, view the complete TEDx talk here at 2:23:

TED is a non-profit organization devoted to Ideas Worth Spreading. Started as a four-day conference in California 25 years ago, TED has grown to support those world-changing ideas with multiple initiatives. The annual TED Conference invites the world’s leading thinkers and doers to speak for 18 minutes. Their talks are then made available, free, at TED.com. TED speakers have included Bill Gates, Al Gore, Jane Goodall, Elizabeth Gilbert, Sir Richard Branson, Nandan Nilekani, Philippe Starck, Ngozi Okonjo-Iweala, Isabel Allende and UK Prime Minister Gordon Brown. The annual TED Conference takes place in Long Beach, California, with simulcast in Palm Springs; TEDGlobal is held each year in Edinburgh, UK. TED’s media initiatives include TED.com, where new TEDTalks are posted daily, and the Open Translation Project, which provides subtitles and interactive transcripts as well as the ability for any TEDTalk to be translated by volunteers worldwide. TED has established the annual TED Prize, where exceptional individuals with a wish to change the world are given the opportunity to put their wishes into action; TEDx, which offers individuals or groups a way to organize local, independent TED-like events around the world; and the TEDFellows program, helping world-changing innovators from around the globe to become part of the TED community and, with its help, amplify the impact of their remarkable projects and activities.