Building confidence as basis for innovation: Perparim Rama at TEDxAUK 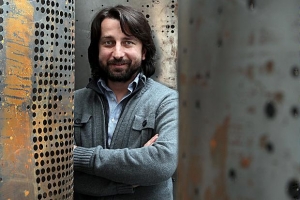 The Perparim Rama talks focus on how building confidence is the basis for innovation in the context of building cities. The award-winning architectural designer is the Chief Executive Officer and Founder of the 4M Group. The speaker has been featured in a number of publications for his integrated approach for architecture, such as London Building Design Magazine, BBC, RAI and The Times Newspaper.

The speaker was involved in TEDx speeches in Prishtina, Kosovo and Tirana, Albania. The Perparim Rama talk illustrates his deep understanding of the psychology behind innovative architecture, which he has had the chance to showcase as a consultant for the 2012 London Olympics, a project leader for the Urban Regulating Plan in London and a history-making representative for Kosovo at the 13th Venice Biennale in 2012.

In his cities talk, Perparim Rama posits we are all unique and building confidence is the basis for innovation. He explains confidence is not about arrogance, it’s about not harshly comparing...